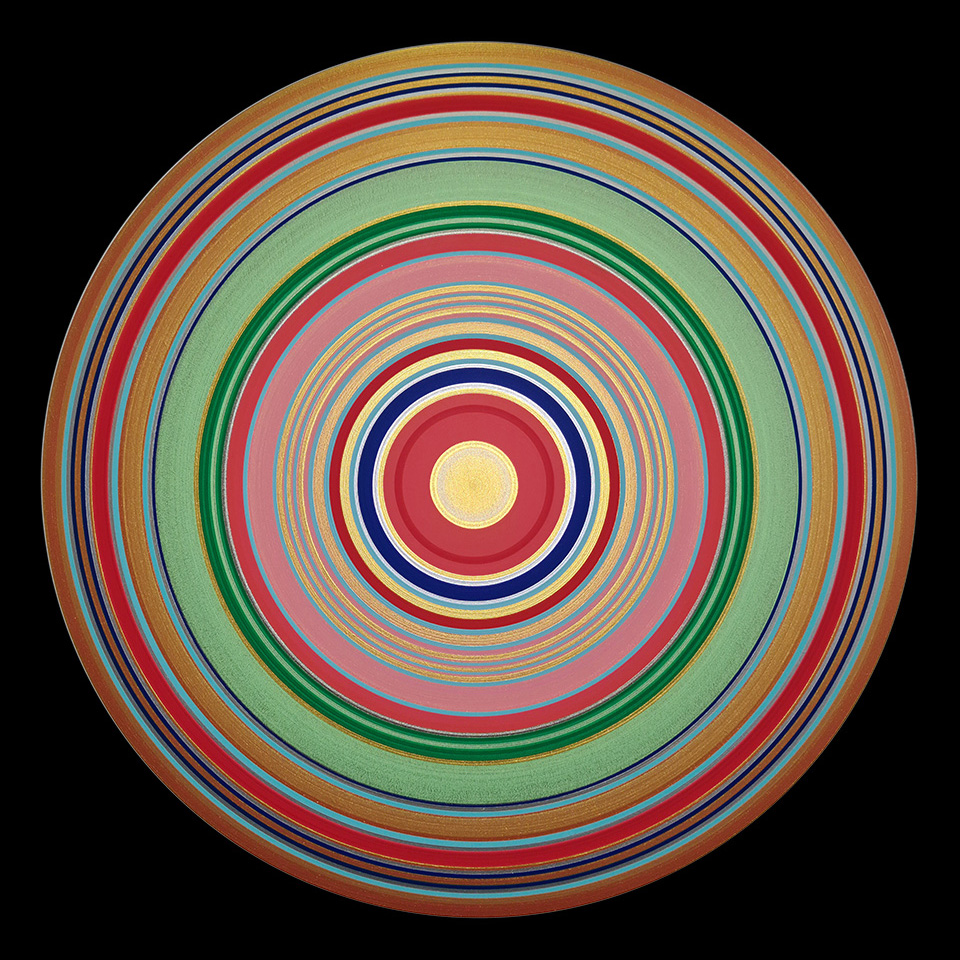 No, he is not a conventional artist with a tragic biography and an abstract concept. Rather, Urs Heinrich is a life artist with numerous talents. One of them is his subtle feel for colors and shapes. His works follow a simple motto: Art should make you happy! How could it be otherwise, since the artist himself radiates pure joie de vivre.

The fact that art can be simple and exhilarating is a recent achievement and a great social need. This is proven by the success that Urs Heinrich has with his series of colorful, hand-painted circular pictures. With high concentration and a steady hand, he paints a concentric circle around the other, allowing himself to be intuitively guided in terms of color and line thickness. As simple as the works may seem at first glance, the result is amazing. On a rotating surface, modern yantras with iconic character, but open to meaning, are created over hours and days. Urs calls them simply “energy works”.

Anyone who thinks that painting circles is trivial and not art, is mistaken. If one deliberately gets involved in these pictures, they develop an unexpected effect, similar and yet very different to Zen. Some begin to rotate and pulsate. Others are reminiscent of waves that occur when you throw a stone into the water. Still others suggest atomic or cosmic constellations, be it the movement of electrons or the Keplerian orbits of planets around a sun – which brings us back to energy.

At least since Malevich‘s Suprematism, Vasarely‘s OpArt and the rediscovery of the vibrational pictures by Emma Kunz, one thing is clear: Geometry is a universal design principle and inseparably linked with tangible energy and manifested beauty. A discovery that now also seems to have arrived in the art world and does not really need any further explanation.

Yes, sometimes art can just be simple and beautiful, because the sacred geometry of the universe is too. Urs Heinrich’s works provide access to that longed-for simplicity that has been lost in our overly complex world. His modern yantras are not religiously motivated, but lead the viewer through spectral portals to the center of being.