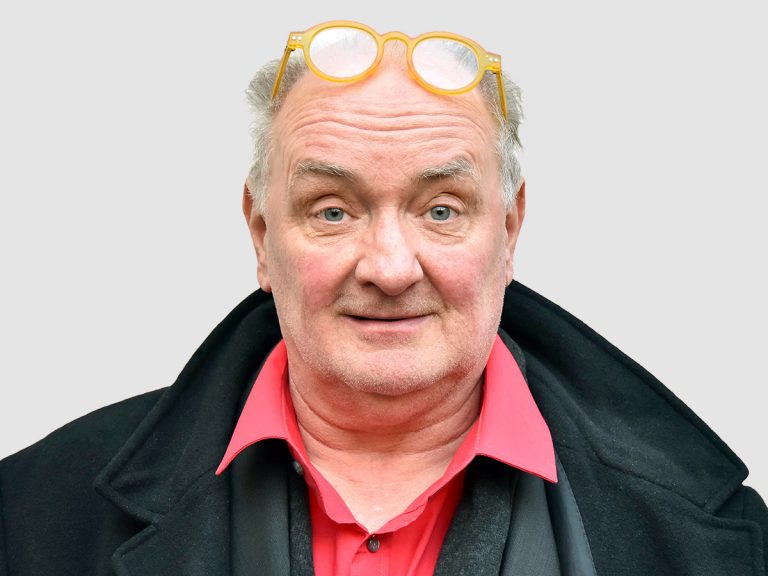 Bernd Schwarzer was born in Weimar in former East Germany in 1954. He is one of the most important German contemporary artists, both in terms of his drawings and abstract paintings. Inspired by his great paragon, Vincent van Gogh, but also by his teacher Joseph Beuys and other Dusseldorf art-academy representatives, he has produced, over four decades, an extensive oeuvre of outstanding visionary power. Schwarzer was the first and only artist who, many years before the fall of the Berlin Wall, anticipated the German Reunification and the subsequent rise of the European Union, as reflected in the term EUROPEWORK, which has been and still is a central theme in his work.

Bernd Schwarzer’s highly pastose, relief-like paintings and paint-covered objects typically take several years to dry. As the artist himself, they vibrate with energy and excitement. The typical colors blue and yellow, which represent Europe, blend with the colors of the German national flag, together producing a volcanic mixture. These colors express the ultimate ideal of unity, as witnessed by an inspired and driven mind.

His political commitment to a strong and unified Europe as a bridge between East and West notwithstanding, Bernd Schwarzer is, first and foremost, a humanist and a mystic – a sensual artist to the core, who sacrifices himself for his ideals, without cutting himself off from life. Although he has his finger on the pulse of society today, he used to walk alone in the past, and as an artist was misunderstood for many years, finding refuge only in the maze of his two large studios. Even though he is famous and well-accepted today, he will not rest before his message of unity is fully embedded in the consciousness of humankind – not just in Europe, but across all borders. And this exactly is what makes him a world-class visionary artist.

The works of Bernd Schwarzer have been staged and honored on the highest level in more than 80 exhibitions around the world. The artist lives and works in Dusseldorf, where one of his ateliers, in collaboration with Ludwig Museum Cologne, is currently going down in art history.

WWB GALLERY is proud to host the exhibition «Europe and the Oneness of Being – Art as a guide to Peace», honoring Bernd Schwarzer’s work for the first time in Zurich, the geographical center of Europe.

»It is my deep wish that my art contributes to a tolerant, unified Europe – free of any borders in our minds and hearts.«

Europe and the Oneness of Being