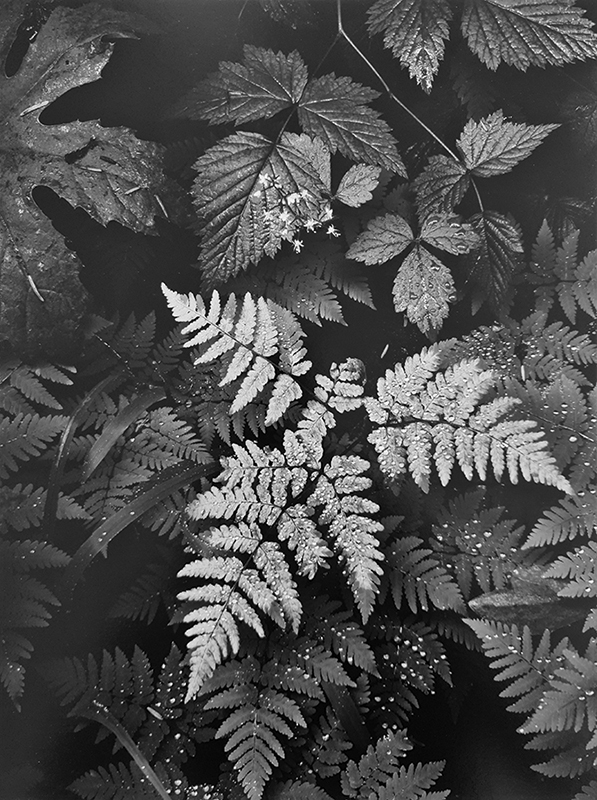 The term «pure photography» goes back to the legendary group f/64 of American photographers mainly active in the San Francisco Bay area. Founded in 1932, pioneers such as Imogen Cunningham, Edward Weston, and Ansel Adams (among others) publicly opposed Pictorialism, a photographic tradition influenced by Impressionism and Romanticism. In contrast, group f/64 strove for straight black-and-white photography free of artificial manipulation, but characterized by authenticity and clarity, as well as by technical proficiency in the darkroom.

To achieve maximum depth of field, large-format cameras with negatives up to 8 × 10 inch, lenses with small apertures (f up to 64), and high-contrast photo paper were used. Fine shades of gray in combination with deep black tones led to a new visual language whose aesthetics often took on abstract traits, making the smallest details visible. Motifs of this New Realism were the landscape and flora of the American West, but also social and architectural themes, as well as nudes. These pioneers fundamentally changed the perception and the meaning of photography, inspiring generations of artists to this day, and laying the foundation for modern Fine Art Photography.

The museum exhibition titled «Pure Photography» stages both vintage and contemporary black-and-white photographs by 18 acclaimed American West-Coast photographers, the focus lying on floral motifs. Some of the original works on display cover almost 100 years of photographic history. However, even today, these photographs keep demonstrating the beauty and the sensitivity of Nature, which is more endangered than ever. Accordingly, many pioneers of black-and-white photography were early environmentalists, above all Ansel Adams, who campaigned for Nature conservation and national parks already in the early 1930s.

All works staged belong to a Swiss private collection. A part of the collection will be shown in the WBB GALLERY in Zurich, but also in a curated special exhibition at PHOTO BASEL, a parallel event of ART BASEL, which will take place from June 13 to 18, 2023. 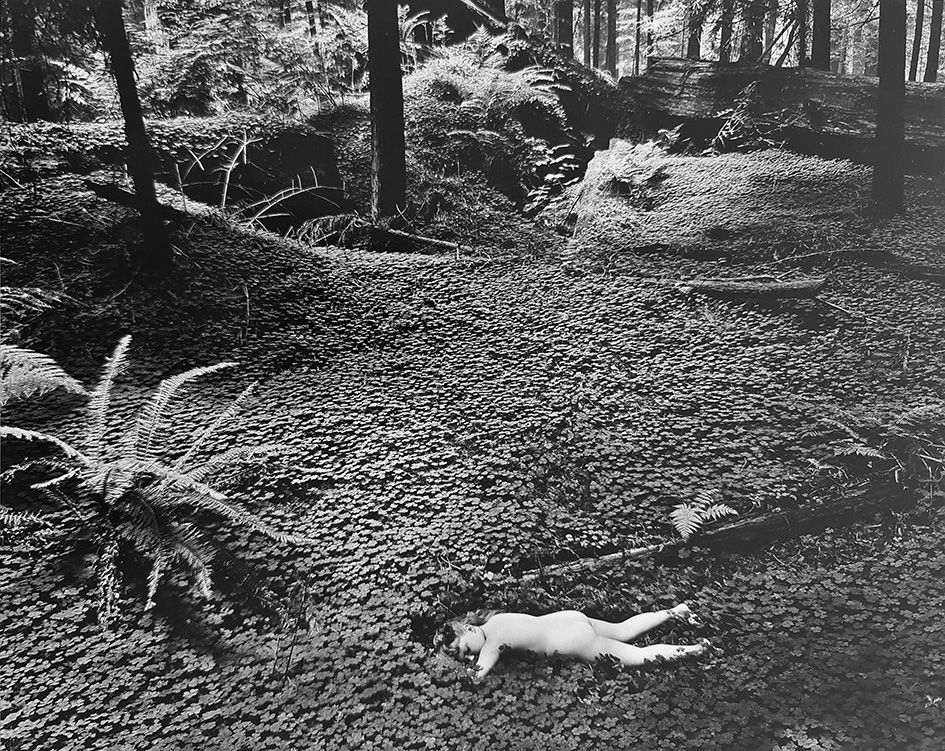 One of the many exhibition highlights: an original print of «Child in the Forest» (1951) by Wynn Bullock. The nude scene caused a stir in the 1950s and 1960s during the traveling exhibition «Family of Man» curated by Edward Steichen of the Museum of Modern Art (MoMA). At the time, this iconic photograph moved nine million people in around 40 countries, questioning the relationship between Man and Nature. Credits: Wynn Bullock photographs © 1951/2023 Bullock Family Photography LLC. All rights reserved.

Catalog
An exclusive, 140-page catalog for collectors & museums is available upon request. The catalog contains well over 100 photographs and illustrations, numerous explanations, essays, and details on both the collection and the prints, some of which are historically significant. Please direct inquiries to info [at] wbb.gallery. 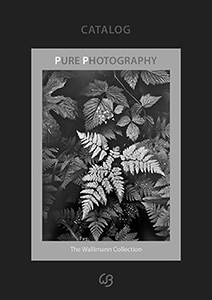 For Sale
On request, parts of the collection are for sale, but not individual works. Please ask for our detailed catalog (see above) and visit the exhibition. The prints shown are in excellent condition and have been framed to the highest museum standards. Further exhibitions in cooperation with other institutions are possible.

Getting there
WBB GALLERY is located in the pedestrian zone of the old town of Zurich on the corner Trittligasse / Neustadtgasse, just a few minutes from Bellevue, Kunsthaus and Grossmünster: See map

Copyrights ©
Please note that strict copyrights apply to all works shown. Photography is not allowed in the gallery. Unauthorized publications, also in social media, can result in drastic penalties, for which WBB GALLERY assumes no liability. 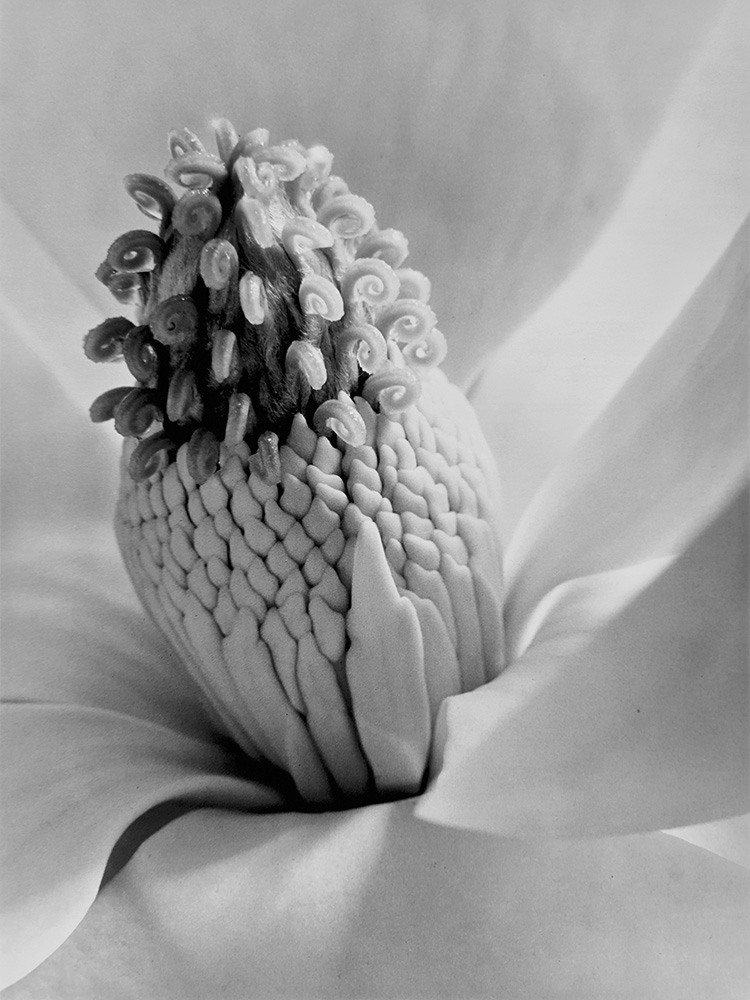 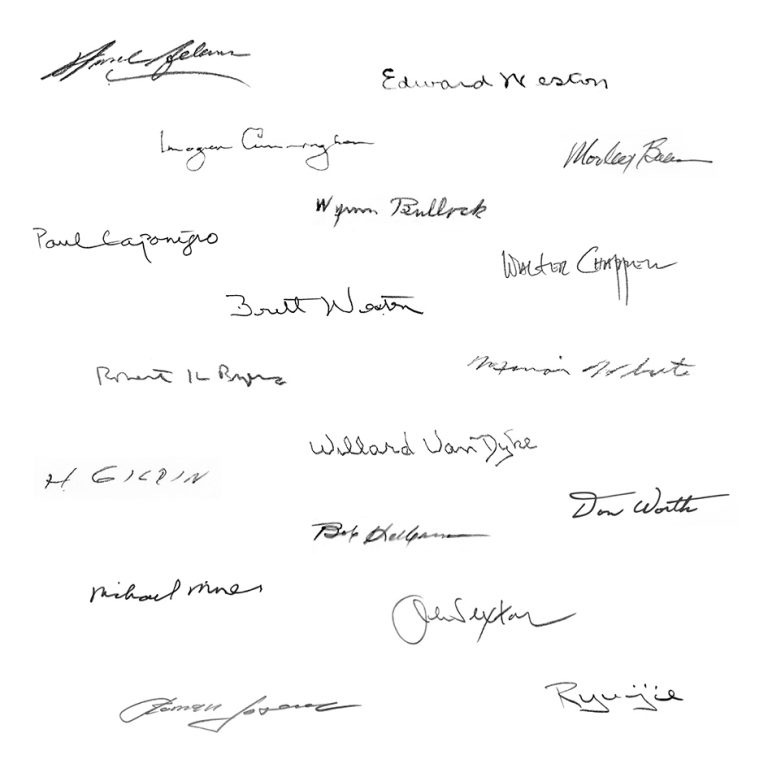