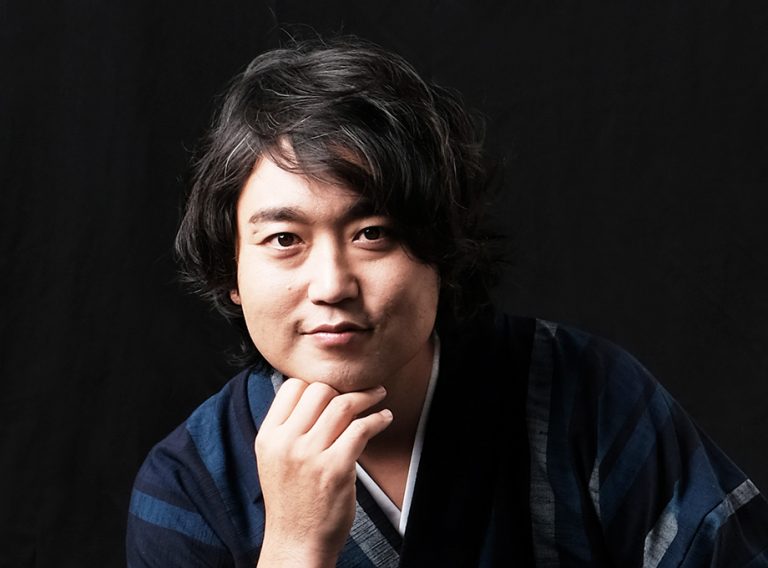 Souun Takeda is one of the most famous calligraphers in the world. In Japan, where he was born in 1975 as the son of a master calligrapher, he enjoys cult status. Souun has created around 1,000 works of art over two decades and is the focus of over 130,000 followers on social media. Please see the YouTube VIDEO below showing the master art work.

Souun’s way to the top wasn’t easy at first. After studying at a technical and scientific university in Tokyo and working for a telecom company for a few years, he returned to his roots. He decided to devote himself entirely to calligraphy, just as he had learned from his mother since childhood. At the same time, he wanted to go his own way, without the strict rules of his guild.

At the beginning of his career, Souun worked as a street artist and gave passers-by for little money ornate little gifts on the way. He began to design logos for films, events and companies, first on a small scale, later for corporations such as Coca Cola, Nissan or Panasonic. He opened a calligraphy school near Tokyo, where he taught up to 300 students. He has also appeared in numerous TV life shows and at major events, and has written more than 40 books on calligraphy.

Looking back, one can say that Souun Takeda has managed to modernize the art of calligraphy and make it internationally known. In doing so, he pushed the boundaries between classic calligraphy and modern art and created a smooth transition between tradition and modernity. However, for Souun, calligraphy is less an art than an attitude and spiritual practice. Every artistic act is preceded by a purifying phase of meditation before the calligrapher reaches for a brush, ink and rice paper – or paints with acrylics and pigments on canvas, often by hand. Souun is constantly developing his art. Currently, he brings calligraphy characters to paper even without ink and brush by processing handmade rice paper in a liquid state, which leads to three-dimensional structures.

Souun’s works of art touch people from within, even those who cannot read Japanese symbols. His works are once calm, meditative and monochrome, then again highly expressive and colorful, reminiscent of action painting. The artist, however, does not follow any particular direction or tradition. He lets himself carry by the moment, becoming an instrument of pure creative energy. His intention is to connect people and spread joy with his positive, optimistic, clear mindset. At the same time, he pleads for respect and gratitude for life and Nature.

Souun Takeda is a prominent cultural ambassador with the task of contributing to a more beautiful, peaceful world. The number of his followers and the media effectiveness of his appearances show that he has hit the nerve of the times. His often large-size works of art have been shown in Japan, USA, Russia, Belgium and Germany and have found admirers and collectors worldwide. WBB GALLERY is proud to dedicate the first solo exhibition in Switzerland to this charismatic artist with international stance, contributing to the cultural exchange between East and West.

»My goal is to sow the seeds of joy for the whole human family.«